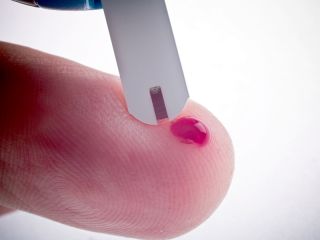 Health experts have identified a "diabetes belt" that includes 644 counties in 15 states across the southern and southeastern United States, according to a new study from the Centers for Disease Control and Prevention (CDC).

The main reasons for the prevalence of diabetes in this region are likely dietary habits, lack of physical activity and income level, said study researcher Lawrence E. Barker, of the CDC's Division of Diabetes Translation.

"Variations in preference of diet, based on culture, may be a contributor," Barker told MyHealthNewsDaily.

The study was published March 7 in the American Journal of Preventive Medicine.

Barker and his colleagues analyzed 2007 and 2008 data from the CDC's national Behavioral Risk Factor Surveillance System, which included information on health conditions and risk behaviors, and combined that information with county-level diabetes data. Counties with a diabetes prevalence of 11 percent or more were designated as part of the belt, the study said.

Researchers calculated that 30 percent of the heightened risk of developing diabetes  is due to modifiable risk factors, such as lack of physical activity and obesity. Another 37 percent of the excess risk comes from non-modifiable factors such as age, gender, education and race, the study said.

For African-Americans, who have an increased risk of diabetes as a group, the rate of the disease within the belt is 23.8 percent, the study said.

The number of people with a college degree is also lower in the diabetes belt (24.1 percent) than in the rest of the country (34.3 percent), the study said.

Further, people with low incomes often have fewer places where they can safely be physically active, or they may live in areas where healthy foods are hard to come by, he said.

The stroke belt and the diabetes belt

The counties that make up the diabetes belt are located in regions that used to be primarily agricultural, but are no longer, said Dr. Shubhada Jagasia, associate professor of medicine at Vanderbilt University Medical Center in Tennessee, one of the belt states.

"People in those states may have continued to consume high-calorie foods, which are appropriate for heavy manual labor as is involved in agriculture, but very inappropriate if people eating that diet are now very sedentary," Jagasia told MyHealthNewsDaily.

Diabetes and strokes share many of the same risk factors, including obesity, lack of physical activity, high cholesterol and high blood pressure, said Jagasia, who was not involved with the CDC study. And diabetes can also increase the risk of blood vessel damage, which can lead to a stroke, she said.

In the future, the states making up the diabetes belt may change depending on demographic shifts, said Dr. Vivian Fonseca, president-elect of medicine and science of the American Diabetes Association, who was not involved with the study.

"A lot of Hispanics also have diabetes, so I think in the future you may see some of the states with Hispanic populations" join the belt, Fonseca told MyHealthNewsDaily.

In the United States, nearly 26 million people have diabetes and 79 million have prediabetes, according to a report published in January from the CDC.

Pass it on: Researchers have identified a "diabetes belt" that includes counties in the southern and southeastern parts of the United States.