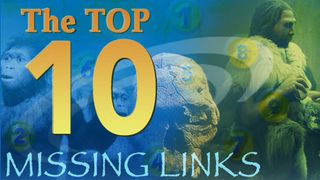 Every few years scientists unearth the bones of humanity's forefathers. From Lucy to the Hobbits of Flores Island -- we are gradually seeing building the puzzle of mankind's evolution.

Stocky and squat and well suited for the cold, Neanderthals looked distinctly different from modern humans. But they were like us in other ways: they buried their dead, cared for their sick and injured and may have been capable of language and music. Scientists recently put together a complete Neanderthal skeleton and are working on the genome.

These people looked identical to modern humans and lived in Europe between 35,000 and 10,000 years ago. Their cave paintings and sculptures are the earliest known examples of art by a prehistoric people.

It turns out those Floresians were actually on to something. For centuries, their mythology described a race of very small human-like creatures called the Ebu Gogo. Hardly anyone took them seriously, however, until 2003, when word broke that a new species of diminutive hominids was discovered on the Indonesian island.

For H. erectus, it may have paid to be dense. According to one theory, males rammed each other with their thick skulls in order to win females. H. erectus is generally believed to be the direct ancestor of modern humans and also the first hominid to live in caves and tame fire.

Scientists can't decide whether this African hominid is just a failed predecessor of H. erectus or the rightful ancestor of modern humans. It had a thinner skull than H. erectus and was more proficient at making tools and using fire.

Many scientists believe H. habilis is the missing link between the ape-like hominids like Lucy and the more human-like ones that came after. It had long ape-like arms but walked on two feet and was capable of creating crude tools.

If P. boisei and its relatives weren’t such picky eaters, we might not be here to wonder about them. They split from the line leading to modern human some 2 million years ago and lived alongside our ancestors for millions of years, but died out after failing to adapt their diets.

This early ape-like hominid walked on two legs and lived between 2.8 million and 2.2 million years ago. Based on skull measurements, scientists concluded this species had the smallest adult hominid brain ever discovered.

A. africanus was an early descendent of Lucy and lived in Southern Africa between 2 million and 3 million years ago. Its brain was larger than Lucy's and its facial features were more human-like.

The most famous member of this species is Lucy, an adult female skeleton discovered in 1974 and nicknamed after a Beatles song. Lucy lived about 3.18 million years ago and was fully capable of walking and running on two legs.