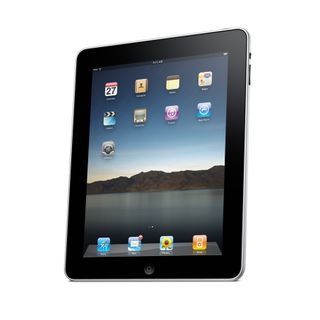 Even though the Apple iPad has received much praise for its design and user interface, there are many who aren’t so enamored with the device. That includes a couple American universities that are having problems with the iPad on their networks.

The problem stems not from the iPad's popularity but from the way it connects to wireless networks. Princeton University in New Jersey has blocked 20 percent of the iPads on campus because of "malfunctions that can affect the entire school's computer system."

In a report, Princeton said the iPad causes DHCP client malfunctions, which basically means the tablet causes interference for other devices using the school's wireless network. In order to prevent that interference, Princeton has been blocking the offending iPads.

George Washington University, in Washington, D.C. has also experienced network problems with the iPad, though not related to DHCP malfunctions.

These devices aren't blocked by the university, but the authentication issues mean users users aren't able to log on with the iPad or iPhone.

Princeton has said it's working directly with Apple to solve the iPad network problem. George Washington University said it could be nearly a year before the iPad is supported on its network.

The iPad bans are not a local phenomenon either. The entire nation of Israel has banned the iPad because of problems the country has with the Wi-Fi connection it uses. Visitors bringing an iPad to the country must impound the device for a daily fee until they leave or pay to send it back home.

That doesn't mean the iPad is anathema at all universities, though. Cornell University in New York has also expected iPad problems, mostly relating to the devices taking up wireless bandwidth. The same problem happened when the iPhone came out and the university network received an extra load of traffic. However, Cornell tested specifically for DHCP malfunctions and found no problems with the iPad.

"We didn't see any DHCP malfunctions in our network with the iPad, or any problems at all," Cornell Information-Technology Director Steve Schuster told TechNewsDaily.

Schuster said it was "the difference in DHCP configurations between us and Princeton," that has kept Cornell from seeing the same problems.

Cornell's university network currently serves around individual 70 or 80 iPads, and Schuster confirmed the university has not blocked any of them.

"We have never banned any device," Schuster said.

Most other universities are still friendly to the iPad. Seton Hill University even pledged to give a brand new iPad to all incoming freshman this year. So far, Seton Hill has not expressed problems with the iPad or elaborated on how it has affected the university's network.

The iPads currently on the market are only capable of connecting via Wi-Fi. In late April, Apple will begin shipping versions of the iPad that can connect through the 3G cell phone networks throughout the nation. While 3G iPads may alleviate some connectivity issues, the 3G connection requires a monthly fee. That means many users, even those who own 3G-capable iPads, will likely use the iPad on open Wi-Fi access points, potentially increasing the load on wireless networks.