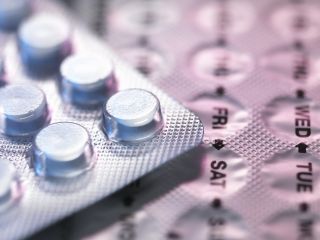 Birth control pills have been available for nearly 60 years and about 100 million women take them. But despite their ubiquity, some researchers still that think certain aspects of the contraceptives deserve more research. Namely: how the pill might affect the brain.

So, Lischke and his lab decided to look into how taking the pill might change someone's ability to process emotion. Their research, published today (Feb. 11) in the journal Frontiers in Neuroscience, found that women on the pill mislabeled the emotion on someone's face 10 percent more often than participants who weren't on the pill. Though few researchers have looked at this particular influence of the pill — and others think this research isn't even worth pursuing — the results have Lischke's lab planning further investigations. [10 Things You Didn't Know About the Brain]

Even so, Lischke was clear that the findings don't prove cause and effect — in other words, the study doesn't prove that birth control messes with a woman's ability to recognize others' emotions — and that people shouldn't be concerned about the effects of their own birth control. Rather, he told Live Science that he hopes additional research follows. "If turns out to be true, then it's worth studying," he said.

Hormones and the brain

Lischke and his team chose this research question because birth control hormones reach regions of the brain that help regulate emotions. While those two chemicals, estrogen and progesterone, ebb and flow regularly in women not on the pill, oral contraceptives provide a steady supply of these hormones and dampen some of that fluctuation.

To see if that study stream of hormones changed emotional processing skills, the research group gave multiple-choice quizzes to participants — 42 women who were on the pill and 53 who were not — on what emotion was expressed in 36 black-and-white images of a person's eyes. The correct responses ranged from easier to identify emotions, like hostility, to more obscure options, like concern. Lischke and his team found that all participants did the same on the easier questions. But for the harder-to-characterize expressions, women not on the pill got 65 percent correct, while those on the pill got 55 percent correct.

Lischke said that it makes sense how, if the pill tampers with emotion-recognition skills, the more challenging emotions would be the ones to separate abilities. But in reality, obvious emotions are a rarity. "We rarely meet people who show prototypical emotional expression," Lischke told Live Science, so the obscure snapshots are closer to what people encounter.

But this setup — a computer showing black-and-white portions of faces — still doesn't resemble real life, Lischke said, and it's possible this discrepancy they found in this setting is so small, it doesn't matter, let alone happen, outside the lab.

Dr. Jonathan Schaffir, an associate professor of obstetrics and gynecology at Ohio State University, who was not involved in the research, said that he wasn't sure the research question is worth pursuing. It is true that about 10 percent of people on hormonal birth control deal with mood changes, which can be why some stop taking the pill and put themselves at risk for unwanted pregnancy, Schaffir told Live Science. And while it's worth investigating who could be susceptible to those particular mood-related side effects, Schaffir said that he doesn't think it's nearly as important to investigate how the pill may affect emotional processing.

What's more, because there is so much research on birth control pills, people can often spot small, coincidental findings that are probably not impacting users' lives, Schaffir said.

Besides the premise of the study, Schaffir said that he the researchers also jumped to conclusions about what is causing the different scores. Just because women on birth control didn't do as well doesn't mean they scored lower because of the birth control, he said. There are other factors that weren't considered, like why participants were on birth control in the first place, which it appears none were asked about. "The conclusions they draw from this are overreaching," Schaffir said.

Lischke also said that he wants to ensure the difference in scores is due only to birth control, so future studies are needed. For example, he'd like to make sure emotion identification skills weren't influenced by natural hormone levels. This time around, the researchers simply assumed non-pill participants were at high or low hormone levels from a questionnaire. But next time, the lab will take blood samples.