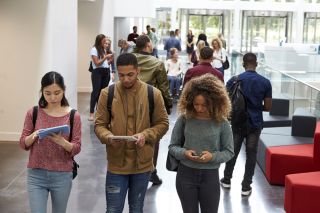 Even with technology, it seems that age may bring wisdom after all. A recent study suggests that old folks aren't falling for tech support scams all that often — but their grandchildren are. Millennials, far from the inherently tech-savvy caricatures as portrayed by the media, are actually somewhat gullible when it comes to calls, e-mails or popup ads claiming to offer tech support, but delivering only scams.

The information comes from a joint study between Ipsos Public Affairs, which is a technological survey-based research group, and Microsoft. Ipsos surveyed 1,000 adults from 12 countries about their experiences with tech-support scams, especially those claiming to be representing Microsoft.

The results were actually somewhat encouraging. On a global scale, only 20 percent of respondents took the scams seriously, and only nine percent lost money to them. The results were a bit worse in the United States, though: 33 percent fell for scams, and 21 percent parted with their hard-earned cash.

At the 66+ demographic — where you might expect to find the largest amount of fraud, given that elderly folks often fall for phone scams — there wasn’t much deception. While seniors encountered phone, e-mail and popup scams at roughly the same rates as their younger counterparts, they heard out scammers only 11 percent of the time, and gave into them only 3 percent of the time.

The good news, at least, is that relatively few people fall for online scams, and even fewer fork over any money to them. In the meantime, keep an antivirus program active on your computer, ignore links embedded in strange emails and remember that Microsoft will never call you first.