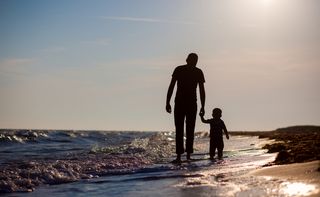 Think about the last time you left the house. Did strangers on the street acknowledge your presence with a smile or avert their glance? Chances are that the answer depended on your age, gender and, of course, your race.

There is no shortage of evidence that racism persists. Despite the fact that science has demonstrated that racial groups are defined by society rather than biology, an individual’s experience from the moment they are born is colored by the color of their skin.

Recently, high-profile incidents have focused attention on how people can be treated differently by authority figures, such as police officers, because of their race. However the majority of discrimination experiences are much more subtle.

In fact, subtle bias may actually be more mentally damaging than overt bias. This is because overt bias can be more easily dismissed as ignorant. However subtle bias is able to “get under the skin” to influence physical health.

Cortisol and other hormones in the stress physiology system are important for maintaining immune, reproductive and cardiovascular health. Therefore changes in this system as a result of discrimination experience can adversely affect everything from your body’s ability to fight infection to your ability to become pregnant.

The quantity of evidence supporting the relationship between discrimination and physical health is staggering. And yet discrimination may have even greater impacts than was initially recognized.

Racism can affect health across generations

It is increasingly accepted that a woman’s mental and physical health in pregnancy influences her baby. Maternal health may influence offspring through exposure to hormones in pregnancy.

I recently published an article that evaluated whether racial discrimination influences maternal and offspring stress physiology among a socioeconomically and ethnically diverse sample of women from Auckland, New Zealand. Auckland is an interesting cultural context to explore the effects of discrimination on health because it is very ethnically diverse; 39% of all residents were born overseas.

I tracked women who were in the late stages of their pregnancy. What I found was that women who experienced discrimination had higher evening stress hormone levels in late pregnancy, consistent with a pattern of chronic stress.

When I followed up their infants at six weeks of age, I found that their children had elevated stress response to vaccination. These findings suggest that experience of racial discrimination may actually have biological impacts lasting across generations.

What do we do about it?

Understanding the link between discrimination experience and poor health is an important first step towards raising awareness of this issue. But something obviously needs to be done in order to improve the health and well being of all members of society. Continuing to identify and call out the institutional and interpersonal experiences of discrimination is a necessary first step.

Interventions aimed at increasing social support and ethnic identity will likely increase resilience to discrimination experience. Efforts should not focus solely on these “buffering” interventions, however, as this effectively translates into placing responsibility on the victim rather than on the perpetrators of discrimination.

Tools, such as the implicit bias test, exist to help people identify their own biases that they may be unaware of. Recognizing the potential for subtle bias is necessary before anything can be done to address it.