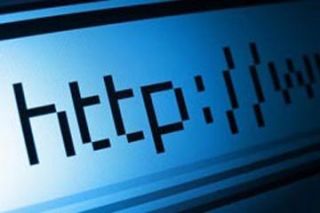 Before the traditional news, magazine and book publishing industries finally wither away and die in the post-print digital era, I hope they pay attention to Eric Bina. More importantly, I hope they find someone like him to lead them from the wilderness before it's too late.

Somehow, some way, the traditional industries built around the printed word need to find a way to make themselves viable (and profitable) in the world of the Internet — not necessarily the world of mobile devices, but the Internet itself where nearly anything is possible creatively.

For some unexplained reason, for instance, the book-publishing industry has bypassed the World Wide Web and is now competing for its life on mobile devices that mostly display text. The traditional news and magazine industries aren't far behind in this race to the bottom.

While it's obvious that books are going to be read on digital platforms — and that printed versions of them are dying as fast as music CDs once did — what isn't so obvious is why this transformation has to take place solely on mobile devices that mostly display text.

Movies and television content are, by themselves, visually appealing, so it's natural for them to migrate quickly to mobile devices — which is precisely what's happening. But industries built around the written word have to work much harder to be dynamic and relevant on a mobile platform.

Mobile devices, for now, have limited capacity to take advantage of the huge, awesome playground known as the World Wide Web. So if you are part of a traditional print industry like book publishing, newspapers or magazines, wouldn't you rather compete in a world where anything is possible artistically — and where highly creative people will fight to help your industries survive and prosper?

This is where guys like Eric Bina can help. For those who don't know — and most people don't — Bina actually wrote the initial HTML-based software code integrating cool pictures and graphics with text for the first iteration of the remarkable web browser Mosaic, a platform that exploded the popularity of the nascent World Wide Web just 20 years ago.

His partner in the effort at the University of Illinois National Center for Supercomputing Applications, Marc Andreessen, became a billionaire because of those early efforts. Andreessen is credited as the co-author of Mosaic — the forerunner of all of the modern web browsers. He later went on to found Netscape, and now sits on the boards of Facebook, eBay and HP, among others.

But it was Bina who took a prototype of Tim Berners-Lee's World Wide Web concept and, in a couple of days, sketched out the revolutionary notion of dynamically integrating pictures and graphics with boring text in a visually appealing browser experience. Their beta versions of Mosaic changed everything for the Web, and popularized it.

I talked to Bina — one of the few interviews he's done about the pioneering days of the Internet and how they spelled doom in rapid fashion for industries built around the printed word — for a special report on the birth of the Internet when I was at the National Science Foundation. His discovery process is as relevant today — especially for the book publishing, newspaper and magazine industries — as it was 20 years ago.

The journey Andreessen and Bina travelled — which helped change the way billions of people process information today — began simply enough. Andreessen showed Bina something he'd gotten from Berners-Lee — a prototype of a browser called Midas, and wondered out loud what a future web could look like.

"Marc is very good at getting other people excited about something he's excited about," Bina said. "So I went off and threw something together in a quick demo to show him in a couple of days. And that's how the whole very first version of Mosaic came out. It all moved very fast, and it was a lot of fun. We didn't really think at the time that we were doing anything earth-shaking."

From there, Bina and Andreessen moved quickly to launch Mosaic to a world trapped in text. They taught other programmers how to dynamically create simple web pages that were visually appealing and displayed pictures and graphics integrated with text, which made the Web much more accessible to the public.

"It was fun for us to work on and, at the same time, it was going to be a really useful tool." Bina said. Computer scientists knew what the Internet was — but hardly anyone else did. "We were all really conversant with the Internet at that time — which many people didn't seem to know existed. Back before the Web, there was an Internet."

All of that changed almost overnight once the Internet became accessible to the public.

The real magic was moving beyond simple, boring text, Bina said. "I found out early on that, once we started adding images — there wasn't a lot out there that [combined] the images and text in the way that it had been done in paper media for years." The effort made web browsers popular for the public.

Bina and Andreessen also weren't worried about failure. They knew they were onto something, and they raced as fast as they could to explore this brave, new world.

"We were one of the first to really pull it off well, and we're paying the penalty for it to this day — the idea of having your users be your beta testers," Bina said. "It used to be you released software when it worked. And unfortunately, we began the process of releasing software before it worked…we were putting new versions up on the website every day or two."

But what Bina really learned from those hectic days that changed everything almost overnight in the world of the printed word is something that every book publisher, magazine editor and newspaper executive should take to heart.

"It seems to me, from my perspective, that it's often just taking something — like we did — that already exists that they might even be comfortable and familiar with [and] making it easy enough…that everyone can use it without thinking about it, without having to work hard at it," Bina said.

"We made web pages really easy to create with early HTML — I mean, children could do it. We made the web browser really easy to use," he added. "So I think the idea is…to look at something that you think a lot of people are going to want to do — that we do now that's difficult — and make it easy."

There are a few experiments under way, like this eBook. The New York Times has experimented with creative web design around specific text-based projects. Google has, as well, with its Chrome Experiments site that encourages creative things with text and design elements. And the Mozilla Foundation has created an open-source operating system (Firefox OS) to build the web as the actual platform for mobile devices, which could help fuse design elements for coders for both web and mobile platforms.

But it may not come in time — for the Web or for industries built around the printed word. "The Web is in danger of becoming a second-class platform," a Harvard-educated-designer-turned-lawyer, Matthew Butterick, said recently at the TYPO conference. Why? Because creative designers are migrating to mobile platforms — even as they abandoned printed word platforms for the Web just 20 years ago.

It doesn't have to be this way, however. "I really think that reinventing the book is a hugely important project. And we're nowhere with it," Butterick said. "Books on the Web should be the best books we've ever had. I think if every author could make…money from it, then every author would be publishing on the Web. But they can't. So they don't. We're not there yet."

There's still time for the book, newspaper and magazine industries. But their future may still be right in front of them — on the World Wide Web where the seeds of their destruction were first sown not so very long ago. But, as Bina said, learning from his Mosaic web-browser creation, it might involve taking something that people want and making it easy, fun and visually appealing for them.

Interestingly, Bina said, neither he nor Andreessen had an inkling of the revolution they were starting that would wreak havoc for industries built around the printed word.

"We were sitting [at a coffee shop] talking about how this had really taken off," he said. "And one of us — I don't know if it was Marc or me — commented that, you know, we might actually get to be a footnote in a book someday, which we were very excited about at the time."

A version of this column appeared as "Can Industries Built Around the Printed Word Stage a Comeback?" in U.S. News & World Report. His most recent Op-Ed was "Ebola Treatment May Be On the Horizon" The views expressed are those of the author and do not necessarily reflect the views of the publisher.