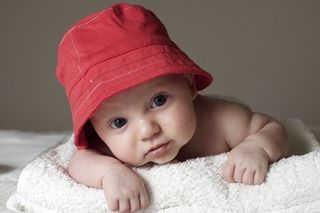 You won't conserve half your body heat by wearing a hat.
(Image: © Shutterstock)

How special is the human head compared with other body parts when it comes to losing or retaining body heat? As it turns out, not that special.

Even the U.S. Army Field Manual used to claim "40 to 45 percent of body heat" is lost through the head, but it is simply not true, according to the British Medical Journal.

This heat-loss myth probably came from experiments in the 1950s, when military researchers exposed subjects to frigid temperatures. While their bodies were bundled up, their heads were exposed — and they were found to have lost more heat from their noggins.

At most, according to a 2008 report in BMJ, a person loses 7 percent to 10 percent of their body heat through their head.

What about when you want to cool off? It’s true that certain parts of the body — the ears, nose, cheeks, hands and feet — have special blood vessels that control cooling and warming. Special machines help overheated athletes cool their core temperature and recover from heavy exercise by dunking their hands in icy water. (Of course, dunking your head in icy water will probably cool you down, too.)