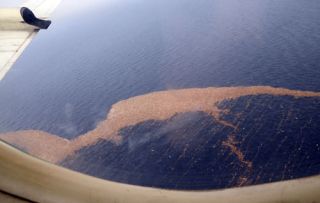 The pictures of the tsunami in Japan were absolutely astounding -- entire towns were wiped off the planet with one broad sweep of the ocean's energy. While some experts devote their lives to helping people get their lives back together, others turn their attention to the stuff that gets washed away.

For example, where does it go and what can you do with it?

Lori Dengler has some ideas. "Debris is a huge issue both onshore and offshore," said Dengler, an oceanographer at Humboldt State University in Arcata, Calif. "It's a problem how you handle it, where you store it, and it certainly can be an issue for a very long time. We're not just talking about the offshore stuff -- in many ways the onshore stuff is more of a problem."

She explains that most of the debris that gets sucked out to sea eventually washes back to shore after a tsunami . "This debris is so close to shore, so I expect that that most would stay close," she says. "It's certainly a problem for navigation, because of all the nasty stuff in the water, and it continues to provide battering rams and deteriorate the longer it's in the water." Dengler told Life's Little Mysteries that because Japan has a largely engineered coastline, with many seawalls, the floating junk may not pose as large a problem as did the tsunami in the Indian Ocean in 2004.

A New Zealand marine consulting firm has created a website modeling where they think tsunami debris may be headed when it does stay at sea. Cargo shippers may have to navigate waters with extra junk in them. They estimate that within 1 to 2 years, some of the debris will reach the infamous 'garbage patch' in the north Pacific subtropical gyre, "considerably increasing the concentration of anthropogenic marine debris in the area and representing an additional threat for marine life."

But what about the stuff that ends up back on land? "The first thing is literally to assess the volume, and then you try to figure out where to put it," says Dengler. "That's going to be a huge problem for Japan because they don't have a lot of arable space." The rubble needs to be sorted into various types -- hazardous material needs to be separated from stuff that can be safely burned -- and carted away. Occasionally, it's even converted into biofuel .

Getting rid of debris is also something that's important psychologically to recover from a disaster, Dengler asid. In Haiti, more than 50 percent of the rubble from the earthquake is still in the streets -- and that makes it doubly tough for people to feel like things are getting better.