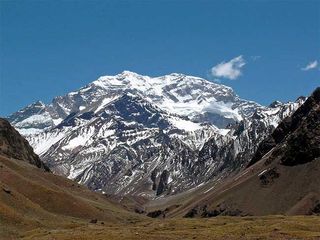 The typical avalanche, traveling at 80 mph, is anything but fluffy and rarely triggered by noise.
(Image: © Mariordo Mario Roberto Duran Ortiz, Wikimedia Commons)

The most common and deadly type of avalanche is called a "slab avalanche," in which a cohesive plate of snow shatters like a pane of glass and slides as a unit off the mountainside, according to the Utah Avalanche Center.

The event is typically triggered not by loud noise, as is sometimes believed, but when snow accumulates very rapidly. The sudden addition of weight can fracture a weak area below. The condition is sometimes a lot like snow sliding in slabs off the windshield of a car as the temperature warms up.

A person's weight can trigger an avalanche, too. In fact, some 90 percent of avalanche accidents involving people were triggered by the victim or someone in the victim’s party, according to the Avalanche Center.

A typical avalanche travels at about 80 mph in one dense slab. Rarely are they loose and fluffy.

Since 1950, about 235 people in the U.S. have been killed in slab avalanches, according to the National Snow and Ice Data Center.