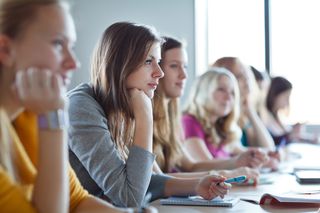 Parents may be growing increasingly reluctant to immunize their teenage daughters with the human papillomavirus (HPV) vaccine, a new study suggests.

In 2008, almost 40 percent of parents surveyed said they did not intend to vaccinate their daughters against HPV, according to the study. But that number rose to nearly 44 percent by 2010, even as more parents said their pediatricians recommended the series of three shots.

"Our study is the first to look at the reasons parents report for not getting their children immunized over time, and it's one of the few studies to look at this in a national sample," said study author Dr. Paul Darden, a professor of pediatrics at the University of Oklahoma Health Sciences Center in Oklahoma City, Okla.

For the study, researchers analyzed data collected between 2008 and 2010 from the National Immunization Survey of Teens, a yearly, nationwide telephone survey of  households with teenagers ages 13 to 17.

The survey interviewed nearly 100,000 parents about three new vaccines that have been recommended for teens since 2005, including the tetanus booster (Tdap), meningitis vaccine (MCV4) and HPV vaccine.

The findings were published online today (Mar. 18) in the journal Pediatrics. One of the study authors has received funding from Merck, which produces an HPV vaccine.

Teens receive the Tdap booster because childhood protection against tetanus, diphtheria and pertussis (whooping cough) wears off as kids get older, while the meningococcal vaccine helps ward off meningitis, a serious bacterial infection. Doctors recommend children receive both shots at age 11 or 12.

Asked why their teens hadn't gotten these shots, parents' most common explanation was that the children's physician had "not recommended" the vaccines. The other major reasons given were "not needed or not necessary," "lack of knowledge" and "don't know."

Researchers also found that roughly 75 percent of parents said their teenage daughters were not up to date with the HPV vaccine, meaning the young women had not received all three HPV doses, which are given over a six-month period.

But doctors increasingly recommended the HPV vaccine. In 2010, more than 50 percent of parents had received this advice from their physicians, a greater number than ever before.

Safety concerns about the HPV vaccine and worries about its side effects grew dramatically among parents over the study period, rising from 4.5 percent in 2008 to 16.4 percent in 2010. But the most common reason parents gave for not immunizing their children was parents' belief that this vaccine was not needed.

Some parents said they put off HPV shots because their daughters were not sexually active — a mistaken justification, because doctors recommend giving the vaccine at age 11 or 12, before a teen becomes sexually active.

Darden said that the rate of acceptance for the HPV vaccine is rising much more slowly than for other teen immunizations, and he suspects parents' fears are tied to sex.

"Some parents are afraid that giving the HPV vaccine acts as a sort of permission for teens to be sexually active," Darden said, a fear that has been shown to be unfounded.

The study faced a limitation in that researchers did not talk to teens or providers, said Dr. William Schaffner, an infectious disease expert and chair of the department of preventive medicine at Vanderbilt University School of Medicine in Nashville, Tenn.

Schaffner said that in more-conservative parts of the country, doctors are hesitant to offer the HPV vaccine, so they wait until teens are older than 11 or 12 to have these conversations with parents.

"They know some parents feel nervous to acknowledge sexual activity in their children, and this makes some providers feel uneasy about mentioning the HPV vaccine," Schaffner said.

But he also said he wonders whether some parents may be hiding their fears about teen sex behind the safety issue, and feels the best way for doctors to frame the conversation with parents is to discuss the vaccine as protection against cancer, and not to make it about their teen's sexuality.

To help make vaccination decisions, Darden recommends getting information from the websites of the American Academy of Pediatrics, the Centers for Disease Control and Prevention, and the Immunization Action Coalition, a non-profit organization.

"We need other sources of information for parents about HPV," Darden said. He raised the possibility of using social media, such as Twitter and Facebook, to reach out to parents and teens with a double-pronged approach.

Pass it on: An increasing number of parents are opting to not immunize their teens against HPV.