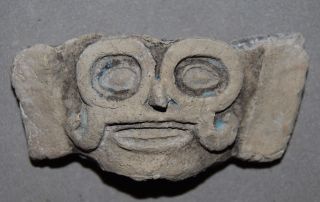 Archaeologists have unearthed a trove of skulls in Mexico that may have once belonged to human sacrifice victims. The skulls, which date between A.D. 600 and 850, may also shatter existing notions about the ancient culture of the area.

The find, described in the January issue of the journal Latin American Antiquity, was located in an otherwise empty field that once held a vast lake, but was miles from the nearest major city of the day, said study co-author Christopher Morehart, an archaeologist at Georgia State University.

"It's absolutely remarkable to think about this little nothing on the landscape having potentially evidence of the largest mass human sacrifice in ancient Meso-America," Morehart said.

Morehart and his colleagues were using satellite imagery to map ancient canals, irrigation channels and lakes that used to surround the kingdom of Teotihuacan (home to the Pyramid of the Sun), about 30 miles (50 kilometers) from Mexico City. The vast ancient kingdom flourished from around A.D 200 to 650, though who built it remains a mystery. [In Photos: Amazing Ruins of the Ancient World]

In a now drained lake called Lake Xaltocan, around which was essentially rural farmland at the time, Morehart stumbled upon a site with evidence of looting.

When the team investigated, they discovered lines of human skulls with just one or two vertebra attached. To date, more than 150 skulls have been discovered there. The site also contained a shrine with incense burners, water-deity figurines and agricultural pottery, such as corncob depictions, suggesting a ritual purpose tied to local farming. [See images from the grisly excavation ]

Carbon dating suggested that the skulls were at least 1,100 years old, and the few dozen analyzed so far are mostly from men, Morehart told LiveScience. The researchers did not release photos of the skulls because the sacrifice victims may have historic ties to modern-day indigenous cultures.

The findings shake up existing notions of the culture of the day, because the site is not associated with Teotihuacan or other regional powers, said Destiny Crider, an archaeologist at Luther College in Iowa, who was not involved in the study.

Human sacrifice was practiced throughout the region, both at Teotihuacan and in the later Aztec Empire, but most of those rituals happened at great pyramids within cities and were tied to state powers.

By contrast, "this one is a big event in a little place," Crider said.

The shrines and the fact that sacrifice victims were mostly male suggest they were carefully chosen, not simply the result of indiscriminate slaughter of a whole village, Crider told LiveScience.

Many researchers believe that massive drought caused the fall of Teotihuacan and ushered in a period of warfare and political infighting as smaller regional powers sprang up, Morehart said.

Those tumultuous times could have spurred innovative — and bloody — practices, Crider said.

"Maybe they needed to intensify their activities because everything was changing," she said. "When things are uncertain you try new strategies."