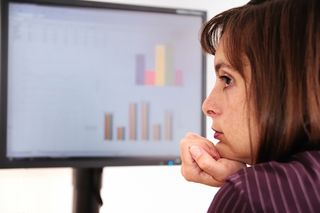 In the study, participants were assigned to watch a sad video about the death of a boy’s mentor, a disgusting clip featuring a dirty toilet or a neutral video about the Great Barrier Reef. Then, the subjects had to make a series of decisions about getting cash rewards. In each case, they had to decide between taking one sum of money at the end of the session and getting a bigger reward mailed to them in the future.

Those who watched the sad video typically picked the immediate rewards while ignoring greater gains that would require waiting. As such, the sad participants earned significantly less money in the experiments than subjects who watched the neutral clip or disgusting video, the researchers found.

"These experiments, combining methods from psychology and economics, revealed that the sadder person is not necessarily the wiser person when it comes to financial choices," the researchers concluded. "Instead, compared with neutral emotion, sadness — and not just any negative emotion — made people more myopic, and therefore willing to forgo greater future gains in return for instant gratification."

The team, led by Harvard psychological scientist Jennifer Lerner, dubbed this phenomenon "myopic misery" and argued that their findings could have implications for areas such as estate planning and credit card regulations.

"Our results suggest that individuals who are sad after the death of a family member might exacerbate their financial hardship by making intertemporal choices that favor immediate consumption more than is wise," the researchers wrote.

Their research was detailed online Nov. 13 in the journal Psychological Science.