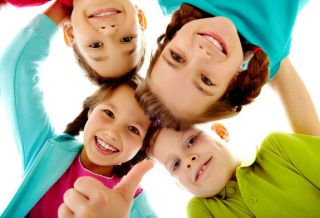 Good social relationships in your youth might translate to happiness as an adult, while doing well in school seems to have little influence on well-being later in life, new research suggests.

The study is based on 32 years' worth of data for 804 people who participated in the Dunedin Multidisciplinary Health and Development Study (DMHDS) in New Zealand. Craig Olsson, of Deakin University in Australia, and a research team mined this survey for clues to the childhood and adolescent origins of well-being in adulthood.

The researchers defined social connectedness by parent and teacher ratings regarding how well the child was liked, how often the child was alone and the child’s level of confidence. In adolescence, this factor was measured by participation in groups, such as sporting clubs, and social attachments to their parents, peers and others, according to Springer.

"If these pathways are separate, then positive social development across childhood and adolescence requires investments beyond development of the academic curriculum," the authors concluded, according to Springer.

While these findings suggest social relationships in youth have a lasting importance, those with lonely, studious childhoods shouldn't fret. Previous research has shown that happiness levels are not set in stone, and can change dramatically over a lifetime.