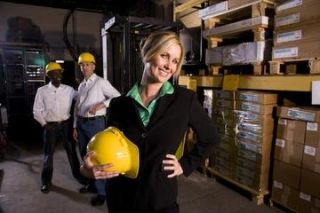 Traditional gender roles seem to be reversing themselves, with new survey results revealing that young women are now more likely than young men to prioritize having a high-paying career.

According to Pew Research Center survey data, 66 percent of young women ages 18 to 34 now rate career high on their list of life priorities, compared with 59 percent of men of the same ages. But the survey also showed that young women place higher priority than young men on marriage and parenthood.

The 2010/2011 survey asked Americans of all ages to rank their life priorities by importance. Pew then compared today's results with the same questions asked in 1997. The results showed that while men and women were neck-and-neck in prioritizing their careers back then — 58 percent of young men and 56 percent of young women called success in a high-paying profession "one of the most important things" or "very important" — a gender gap has now opened up.

This priority gap extends to personal lives, as well. Both men and women rank "being a good parent" and "having a successful marriage" as very important, with almost twice as many men and women putting these priorities at the top of their lists versus career concerns. But when focusing on the very top category, differences between men and women emerge. Thirty-seven percent of young women say having a successful marriage is "one of the most important things" in life, compared with 29 percent of young men. Likewise, 59 percent of women rank being a good parent as "one of the most important things," compared with 47 percent of men. [Marriage and Divorce Statistics (Infographic)]

The results follow a very slight uptick in women's presence in the workforce since 1997, when women made up 46.2 percent of the labor force. As of 2010, that number was 46.7 percent. Marriage rates have been dropping for decades, with 33 percent of 18- to 34-year-old women married today versus 73 percent in 1960. The median age of first marriage for women is now 27.

Today, about 37 percent of middle-age and older women place the highest priority on a good marriage, as do 36 percent of same-aged men. More than half (56 percent) of women and 49 percent of men rank good parenting at the very top of the importance list. Those numbers are increases of 13 percent and 11 percent over 1997, respectively.