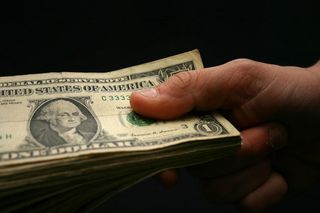 Thinking about time as money may lead to impatience and unhappiness, a study indicates.
(Image: © Hans Thoursie | Stock Xchng)

Time is money, as the saying goes. While this mindset may be good for business, it may be bad for happiness, a new study indicates.

In a series of studies, researchers found that when people were prompted to think of their time in terms of money, they felt more impatient and received less enjoyment from leisurely activities, such as surfing the Web or listening to music, unless they were being paid to do so.

The results indicate this mindset may affect our ability to enjoy leisure time, and they have implications for our ability to "smell the proverbial roses," according to the researchers Sanford DeVoe and Julian House of the Rotman School of Management at the University of Toronto. [Happiest States Revealed]

They point out that national surveys have shown that while the number of leisure hours has increased in the United States over the past 50 years, there has been no accompanying increase in happiness. Instead, they write, people report feeling more time pressure.

In a series of experiments, the researchers found that prompting people to think about income and time spent working diminished the amount of happiness they reported experiencing after a break spent surfing the Internet or listening to music.

"The degree to which participants felt impatient during the music determined how happy the music made them," they write.

The study also found that when participants were paid to listen to music, after being prompted to think of the monetary value of their time, they derived more enjoyment from it.

The conceptualization of time in terms of money primarily emerged as a product of the Industrial Revolution, they write in an article scheduled to appear in print in the journal of Experimental Social Psychology.