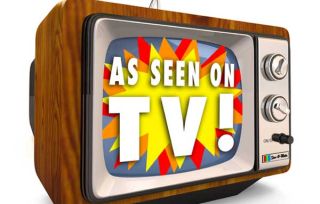 As if the digital age of advertising isn’t invasive or inventive enough—targeting people through everything from reading habits to relationships—one company has now gone a step further, offering marketers the chance to refine their aim based on an even more intimate metric: our personalities.

The company, Mindset Media, uses psychological surveys (much like the ones used in vocational testing, or ones used to find your "personality type") to divide consumers according to 21 attributes that the company calls "elements." This allows them to link things like what TV shows you watch to your level of "optimism" or "bravado" and, in turn, to whether you’d be receptive to an ad for, say, frozen pizza.

"What we really did was we made a marketer’s view of human personality," said Jim Meyer, the CEO of Mindset Media, and now the senior vice president of client development at Meebo, an online sharing platform company that bought Mindset last month.

Unlike straightforward personality tests, Mindset’s surveys are designed to ferret out both emotional responses and patterns of consumption, according to Meyer, who said the company has administered 350,000 online surveys since they started in 2006. Respondents rate themselves on a seven-point scale with psychological statements like "I get a chill when I hear poetry," but also answer purchasing preference questions like "Mac or PC?" Meyer said.

Each element in the scheme (arranged with some science in mind, like the periodic table of the elements) is further divided into five mindsets.

"For example, when we say a person is Creativity 5 mindset, it means they are in the highest 20 percent of Creativity [category]," Meyer said.

Using this scheme, the company creates "Mindset Profiles" that link a certain trait, like the love of pick-up trucks, or "Mad Men" or frozen waffles, with elements that show a significant slant either to one side or the other. Usually only one to three elements matter for a particular category of for a particular brand, Meyer said.

While "personality type" testing draws criticism when used to assess career paths or other aspects of our extremely complicated minds and personalities, it serves a benignly descriptive role as a marketing tool. Being a Leadership 4, a Pugnaciousness 1, and an Altruism 5 might not necessarily say much about you as an individual. But it does say something about whether you watch "The Vampire Diaries" or drive a BMW, and that’s good enough for marketers, Meyer said.

"Personality tests look at a whole bunch of neuroses and dysfunctions that may impact decisions, but they’re not what marketers want to focus on. They like to focus on the positive," Meyer said.

So if you’re an advertising company, all of this probably sounds pretty cool. But if you’re annoyed by how targeted marketing already seems to understand you way too well, then brace yourself for even more mining of your personality.

This article was provided by InnovationNewsDaily, a sister site of LiveScience.