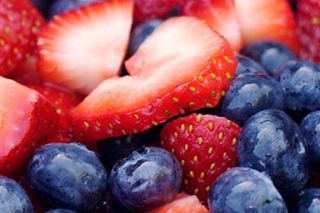 (ISNS) -- Boosting optimism, defined as the general expectation that the future will be favorable, could provide new ways to improve health, some researchers believe. But scientists remain unsure if optimism precedes health improvements, or vice versa.

Julia Boehm, a psychologist at Harvard University, and her colleagues performed what she describes as one of the first studies to investigate a measurable link between psychological and physiological health.

To test the correlation, researchers focused on the association between optimism and antioxidant concentration in the body. Antioxidants can help combat disease by neutralizing unstable molecules called free radicals.

Free radicals are produced in response to a number of environmental sources, from cigarette smoke to pollution. When unleashed in the body, they damage cells and can ultimately lead to disease.

The body produces some antioxidants on its own, but many come from the food we consume.

Scientists in the study determined each participant's optimism "score" through a series of questions such as the positively worded "I expect more good things to happen to me than bad" and the negatively worded "I hardly ever expect things to go my way." Each person's antioxidant levels were then measured from a blood sample.

The researchers also asked participants about their fruit and vegetable consumption, vitamin use, exercise habits, and smoking status. They used several models to test whether these behaviors independently accounted for the association between optimism and antioxidant concentrations.

This approach is a major strength of Boehm's research, according to Hilary Tindle, a physician at the University of Pittsburgh. Tindle recently published a book entitled Up: How Positive Outlook Can Transform Our Heath and Aging, which discusses the relationship between optimism and health.

"Optimists classically self-report better diet choices, but to my knowledge nobody has actually went and measured that in their diet," Tindle said. "They're biochemically validating what has already been shown in previous studies."

Boehm's findings suggest that optimism may be positively linked with a group of antioxidants called carotenoids, which are highly pigmented compounds naturally present in many fruits, grains, oils, and vegetables.

Even when adjusted for health behaviors, the researchers found 3 to 7 percent higher levels of carotenoids in participants with higher optimism scores.

"Optimism is associated with higher levels of carotenoids, which presumably are better able to counteract effects of free radicals and reduce cellular damage," Boehm said.

The findings, published earlier this year in the journal Psychosomatic Medicine, showed that smoking status and fruit and vegetable consumption explained the greatest variation in the relationship between optimism and carotenoid concentration.

It may be, as Boehm believes, that optimism precedes and potentially even improves health. Conversely, good health may inspire a more optimistic attitude. Or the two qualities may reinforce each other.

Another recent study suggests that most people can't help but to think optimistically.

This study was conducted by Ed O'Brien, a social psychologist at the University of Michigan in Ann Arbor, and published last month in the journal Psychological Science. The findings suggest that people have a natural tendency to think positively about their future.

Participants were asked to generate a list of hypothetical personal experiences that would make them happy or unhappy over the course of the next year. They then ranked how difficult it was to formulate that list and how happy they believed they would be in the future overall.

O'Brien concluded that people seem to discount the possibility that future negative events will make them unhappy overall, suggesting that optimism might come more naturally.

"We're not as used to thinking about the future in terms of things that are going to go wrong," said O'Brien.

O'Brien's study is one of many to find that people are consistently optimistic about their future, predicting pleasant experiences and discounting unpleasant ones.

If optimism may lead to better health and people generally tend to think optimistically, what does this mean for the connection between mental and physical health?

"If we can establish that optimism comes before healthy states, we might be able to intervene and improve people's optimism," Boehm explained. Although participants in her study were midlife adults, she intends to conduct future research on young adults as well.

But again, it's difficult to determine what comes first: the optimism or the good health.

According to Tindle, the question of causality is crucial.

"This research is critically important, but we need more studies in way of causality," Tindle explains. "That's the weakness of the body of research."

Inside Science News Service is supported by the American Institute of Physics. Cassy Krueger is a science writer in Madison, Wisconsin.