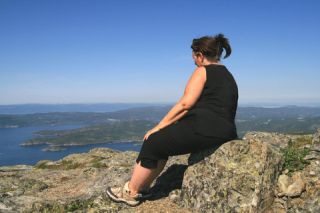 People tend to have more sympathy for a food addict than a smoker or alcoholic, but that's less so the case if the food addict is fat, researchers say. A new study warns that the "food addict" label could intensify the social stigma that already comes with obesity.

Researchers from Yale University set out to study to what extent food addiction is socially stigmatized, compared with other conditions. In an initial survey, more than 600 adults answered questions in an online survey about how they would feel towards and interact with different people who might be socially ostracized, including smokers, food addicts, the obese, physical disabled and mentally ill.

The participants had more forgiving attitudes and less disgust toward food addicts, compared with alcoholics and smokers, the researchers found.

In a second survey participants were given a fuller picture of the individuals they were asked to judge. For example, they answered questions about how they might respond to a thin white female food addict, or an obese male alcoholic.

Obese people described as food addicts incited more irritation, anger, and disgust in the survey participants than thin food addicts, the researchers found. The results suggest the public might see food addiction as simply a euphemism for overeating, or they might see a fat food addict's obesity as the result of their own personal failing.

The discrimination and prejudice overweight people face might be rooted in a preconceived notion that being fat is somehow optional and that obese people lack discipline, research out last year suggested. Another previous study found that the social stigma fat people face might even exacerbate their physical decline, perhaps because they are self-conscious about their weight and less likely to exercise and share their exercise goals with others.

The findings of the Yale study were detailed online this week in the journal Basic and Applied Social Psychology.