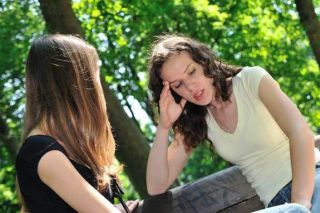 Do you prefer a close-knit circle of friends or a broad network of lots of acquaintances? Science reveals which is most beneficial.
(Image: © Martin Novak | Shutterstock)

Whether one has a small, cozy group of friends or a larger, more boisterous gaggle may depend on individual personalities and circumstances, but new research suggests when deciding which type is best, socioeconomic conditions are key.

"In the age of Facebook, many Americans seem to opt for a broad, shallow networking strategy," write Shigehiro Oishi of the University of Virginia and Selin Kesebir of the London Business School last week in the journal Psychological Science. "Yet, cross-cultural research has shown that having many friends is not always viewed positively outside the United States." (For instance, in Ghana, they noted, an individual who claimed to have more than 50 friends was considered "naïve" and "foolish.")

The researchers suspected social and financial conditions may be at play. For instance, Americans' preference for large social networks may stem from our high mobility; the researchers cite a 2001 study showing roughly half of Americans move their residence in any five-year period. By spreading the love among many friends, we'd minimize the loss from any single friend moving away. In addition, when times are prosperous, having a large group of friends is less likely to weigh one down, since people are less likely to need as much help in good financial times, the researchers note.

"But when times aren't as flush, having more friends might incur huge costs in terms of both time and resources," the duo writes.

To look at the benefits one might receive from friendship circles under various socioeconomic conditions, the researchers created a computer model that simulated individuals who had different numbers and types of friends and the investment needed for each. Their results suggested a small social network with deep ties between pals was beneficial in less mobile societies with unstable economies. Having a broad, shallower network (weaker ties between friends) appeared advantageous in situations where friends were likely to move away, regardless of economics.

Would this pattern hold up in real life? To find out, Oishi and Kesebir recruited 247 individuals with an average age of 31 in an online survey who were asked to list the initials of one very close friend, one close friend and one distant friend. Then, they were asked to distribute 60 points, which represented their time, energy and money, among these friend types. The researchers also looked at census data to figure out how frequently people moved around and for family income in each ZIP code studied.

In areas with less mobility and relatively low income, participants were happier (as measured by three variables on subjective well-being) when they had fewer, yet closer friends compared with a broad social network with weaker ties. [7 Things That Will Make You Happy]

Oishi and Kesebir argue that these two studies provide clear evidence for the role of socioeconomic factors — such as residential mobility and economic security — in determining the most adaptive networking strategy.

"As residential mobility decreases and economic recession deepens in the United States, the optimal social-networking strategy might shift from the broad but shallow to the narrow but deep, even in a nation known best for the strength of weak ties," the researchers write.